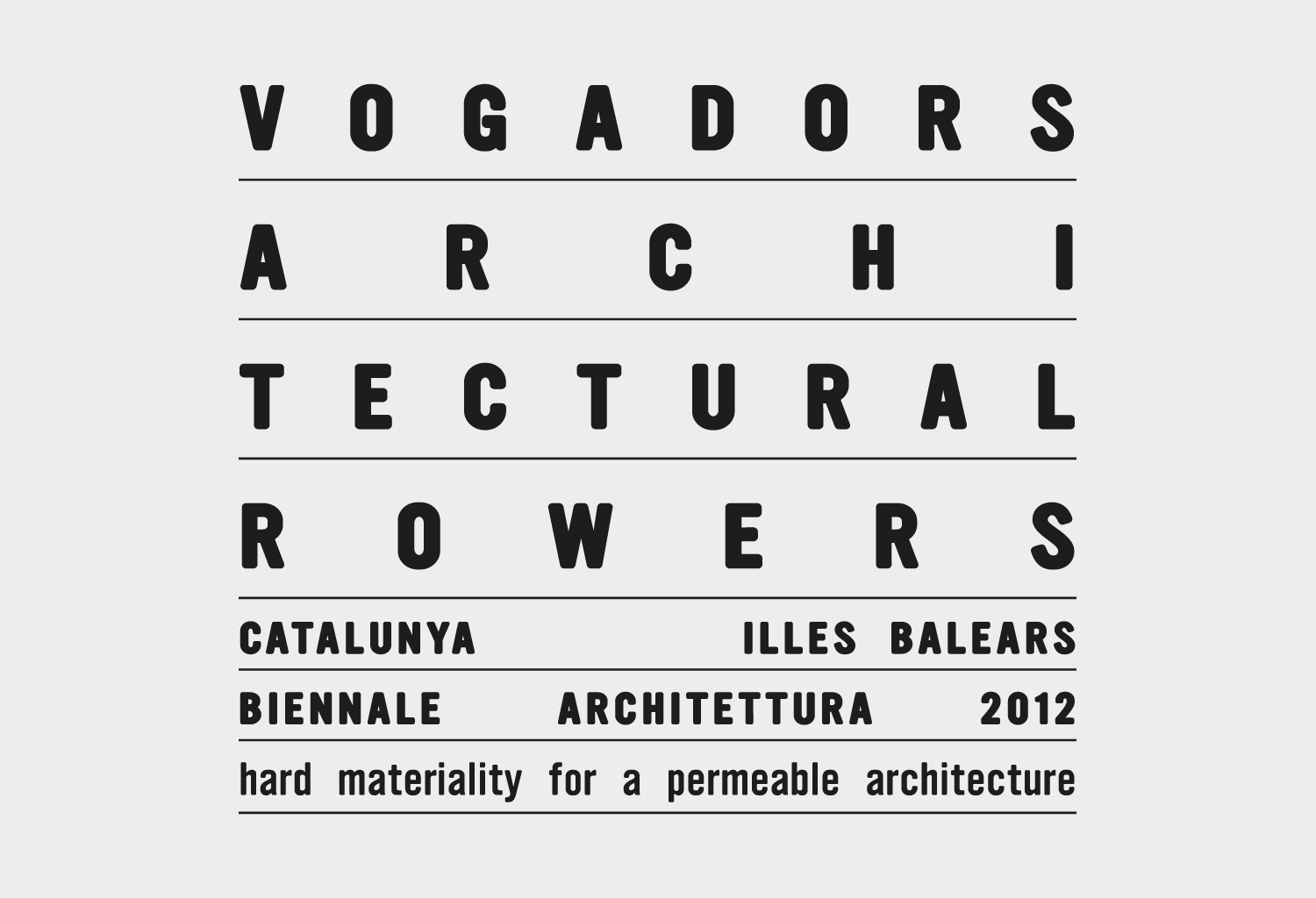 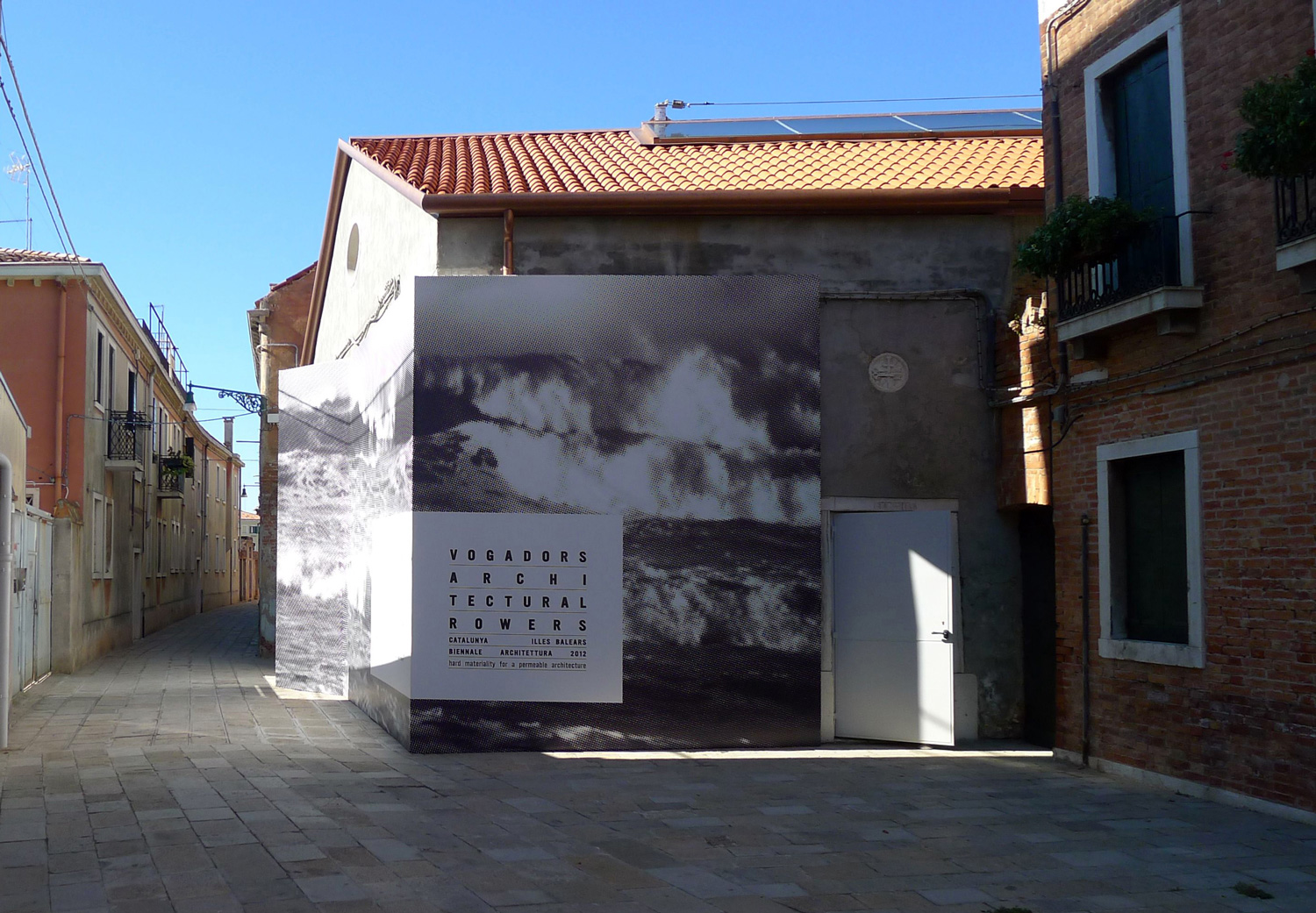 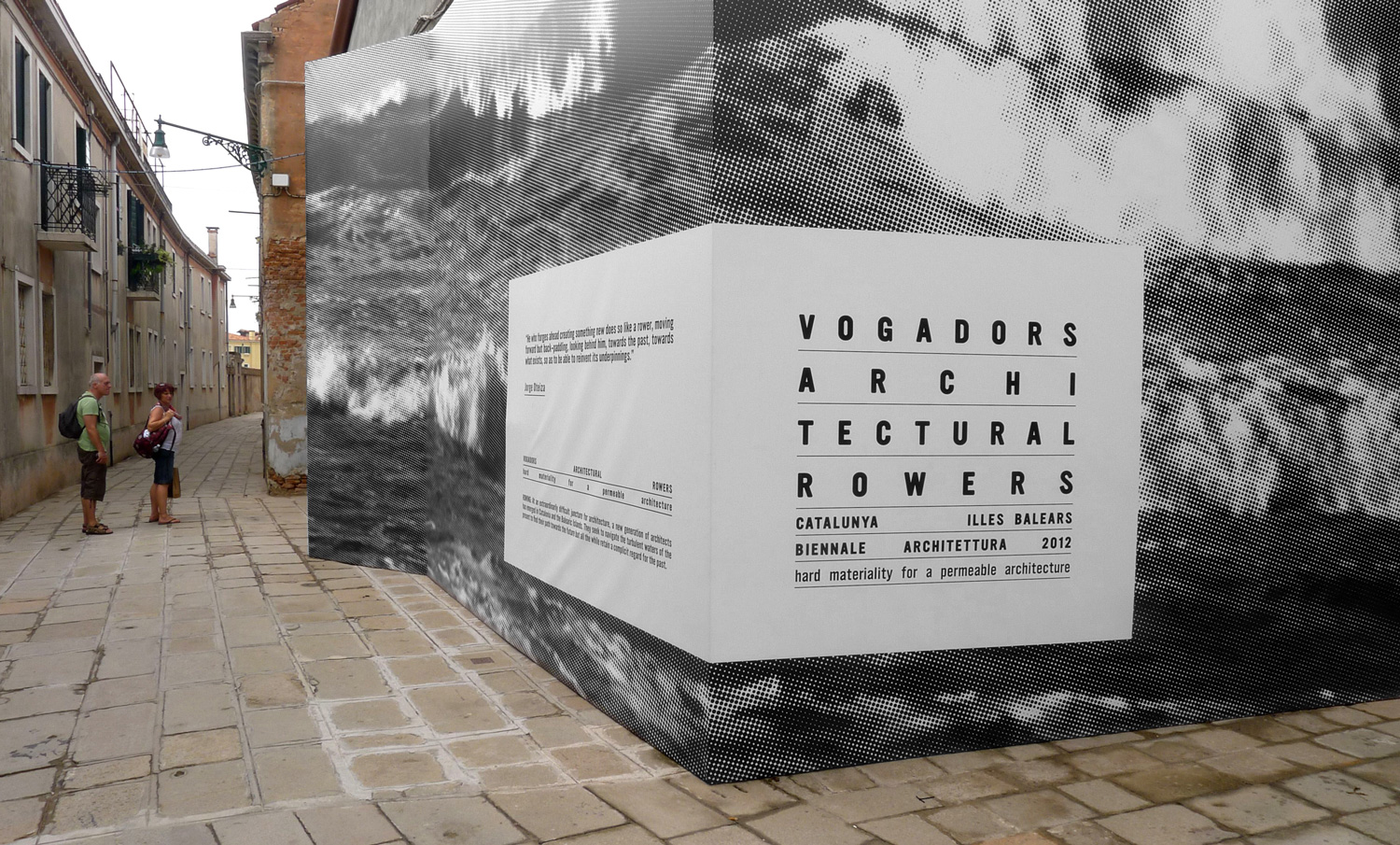 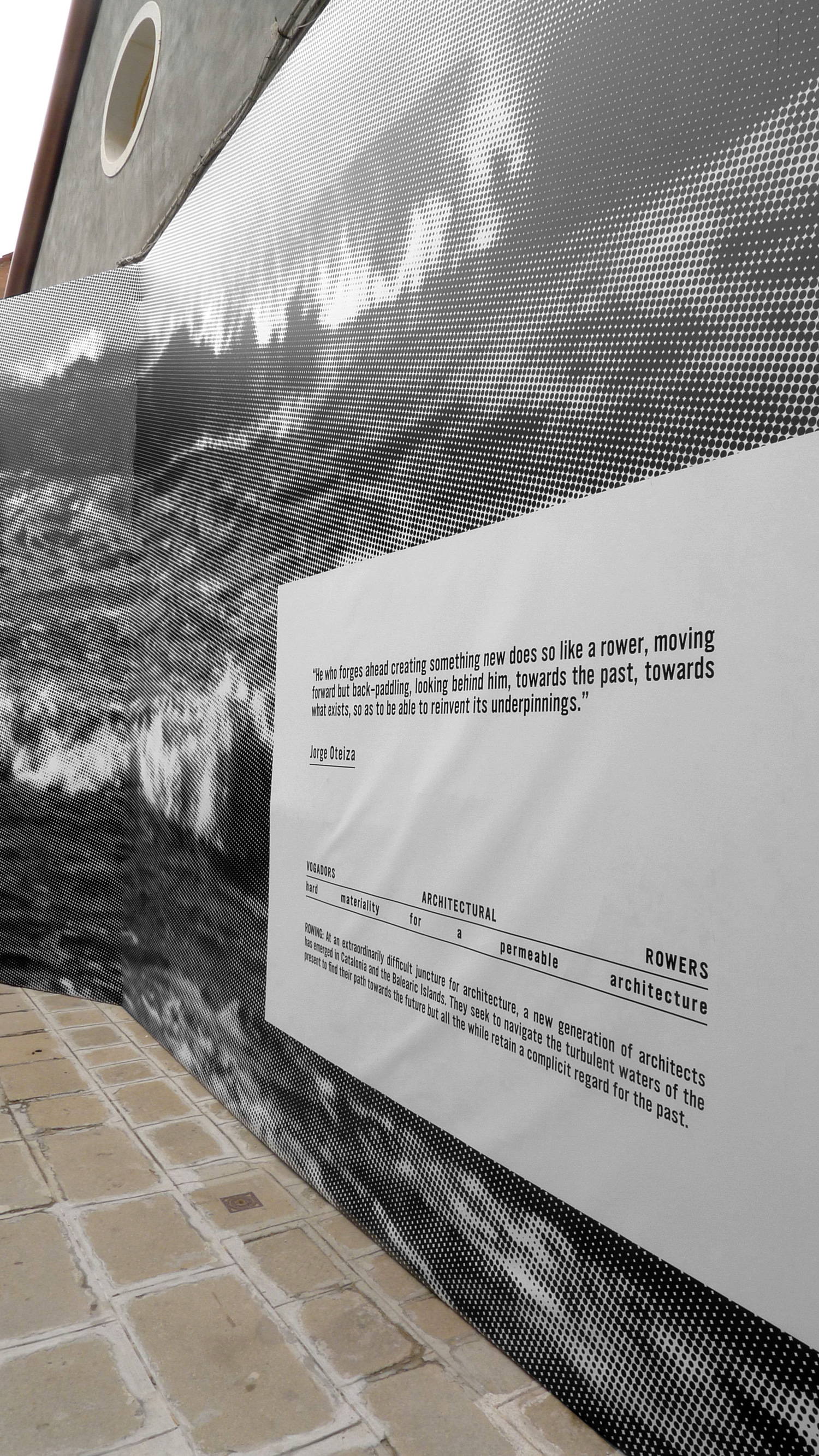 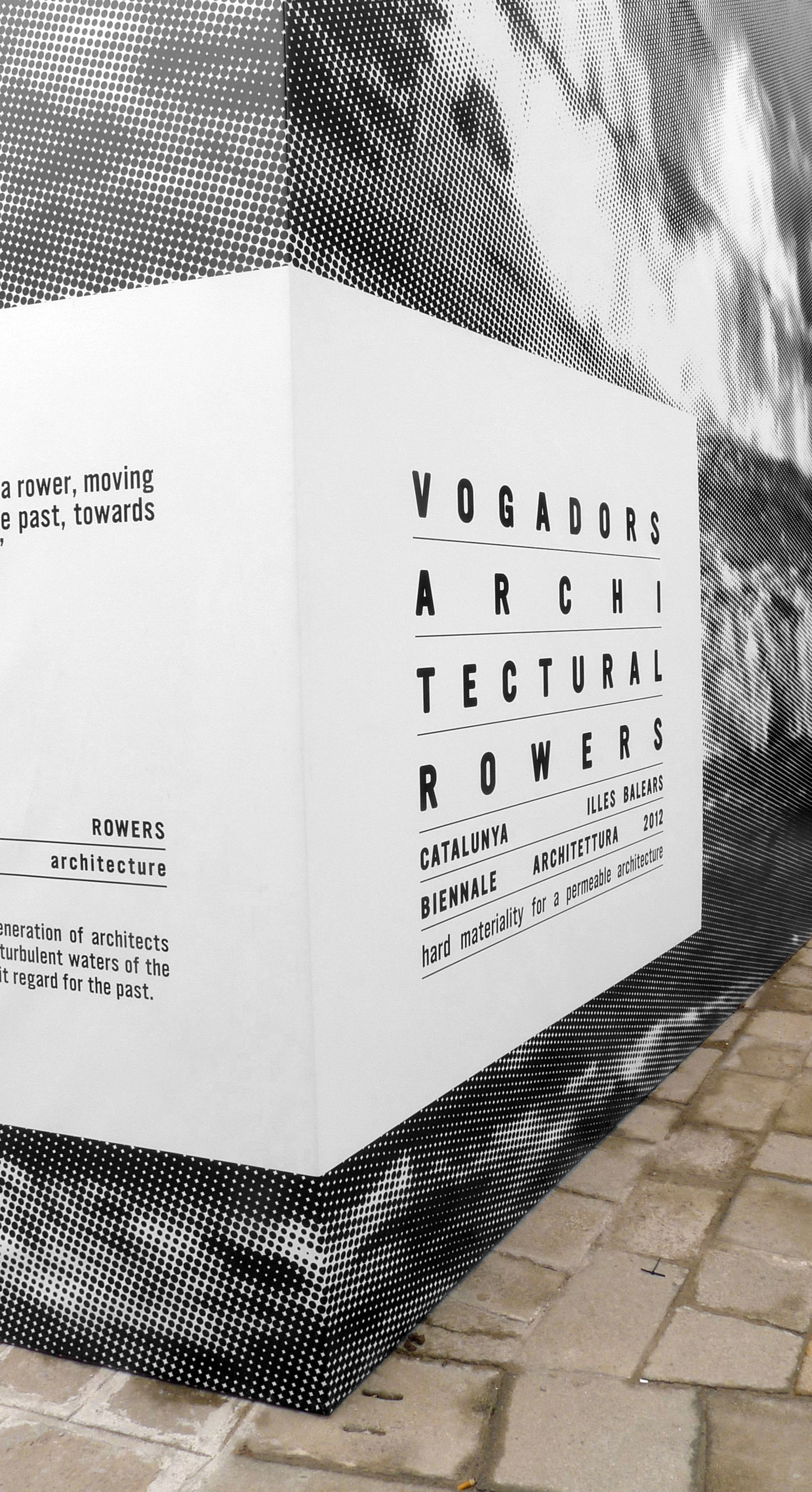 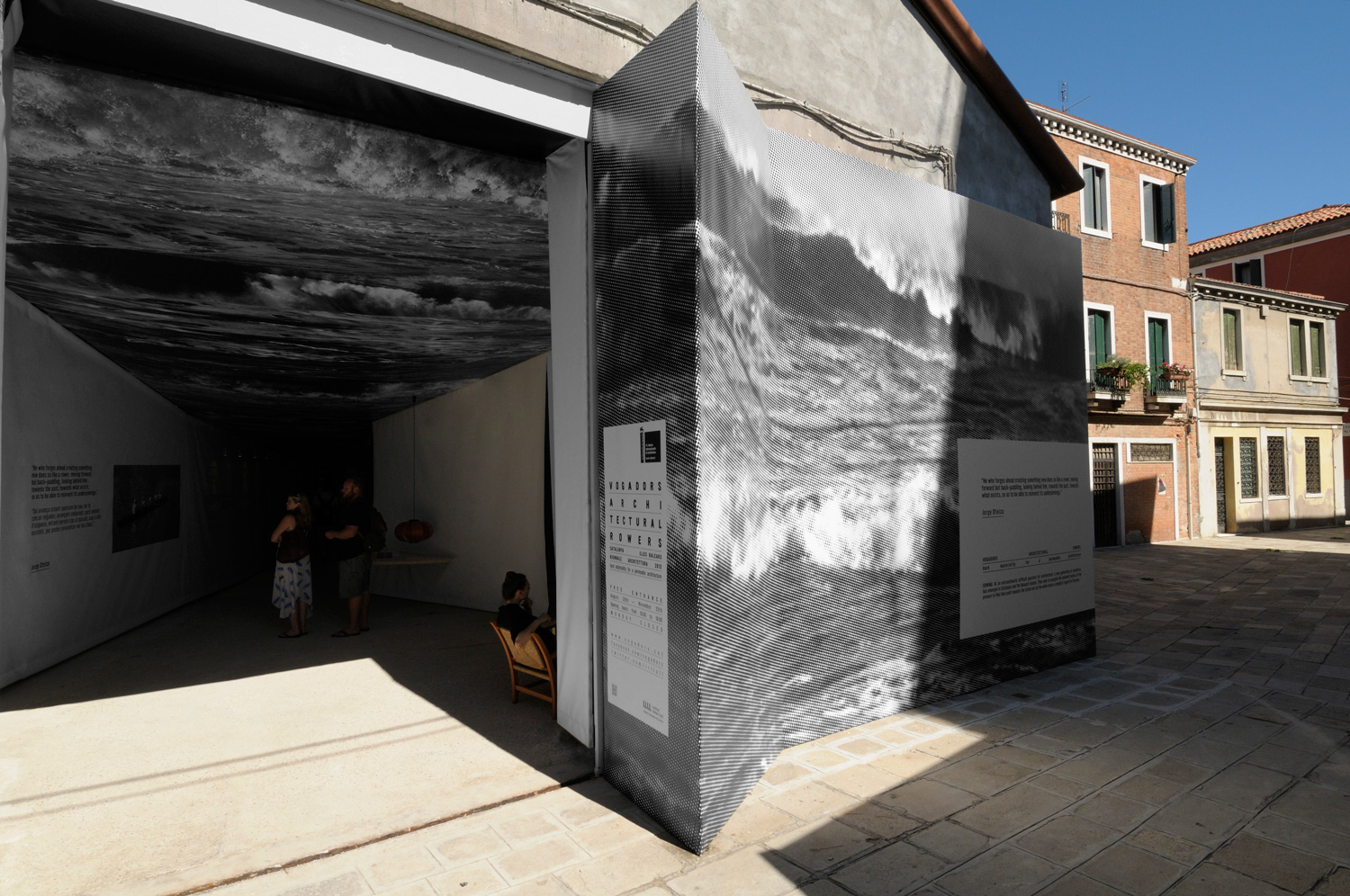 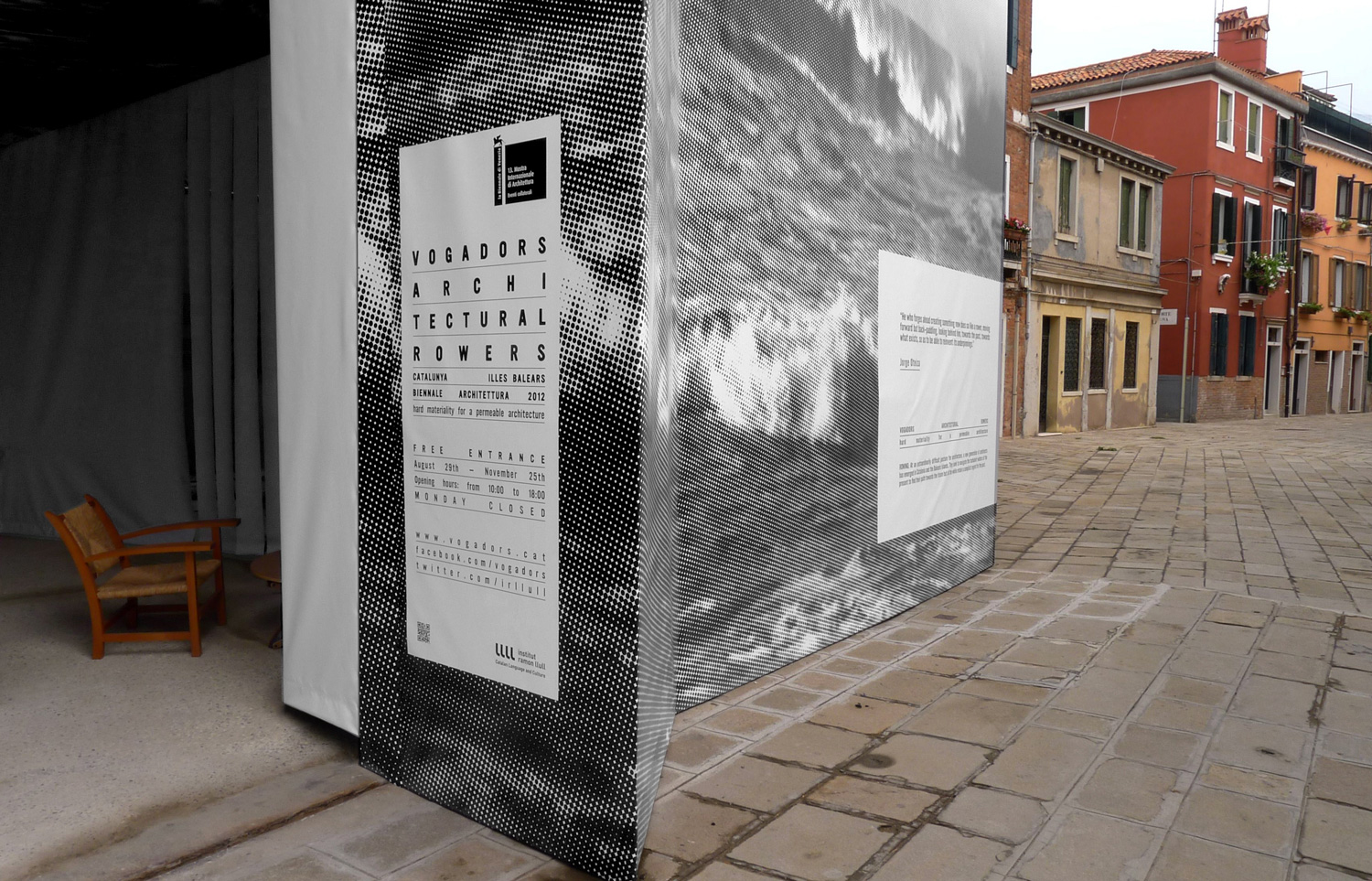 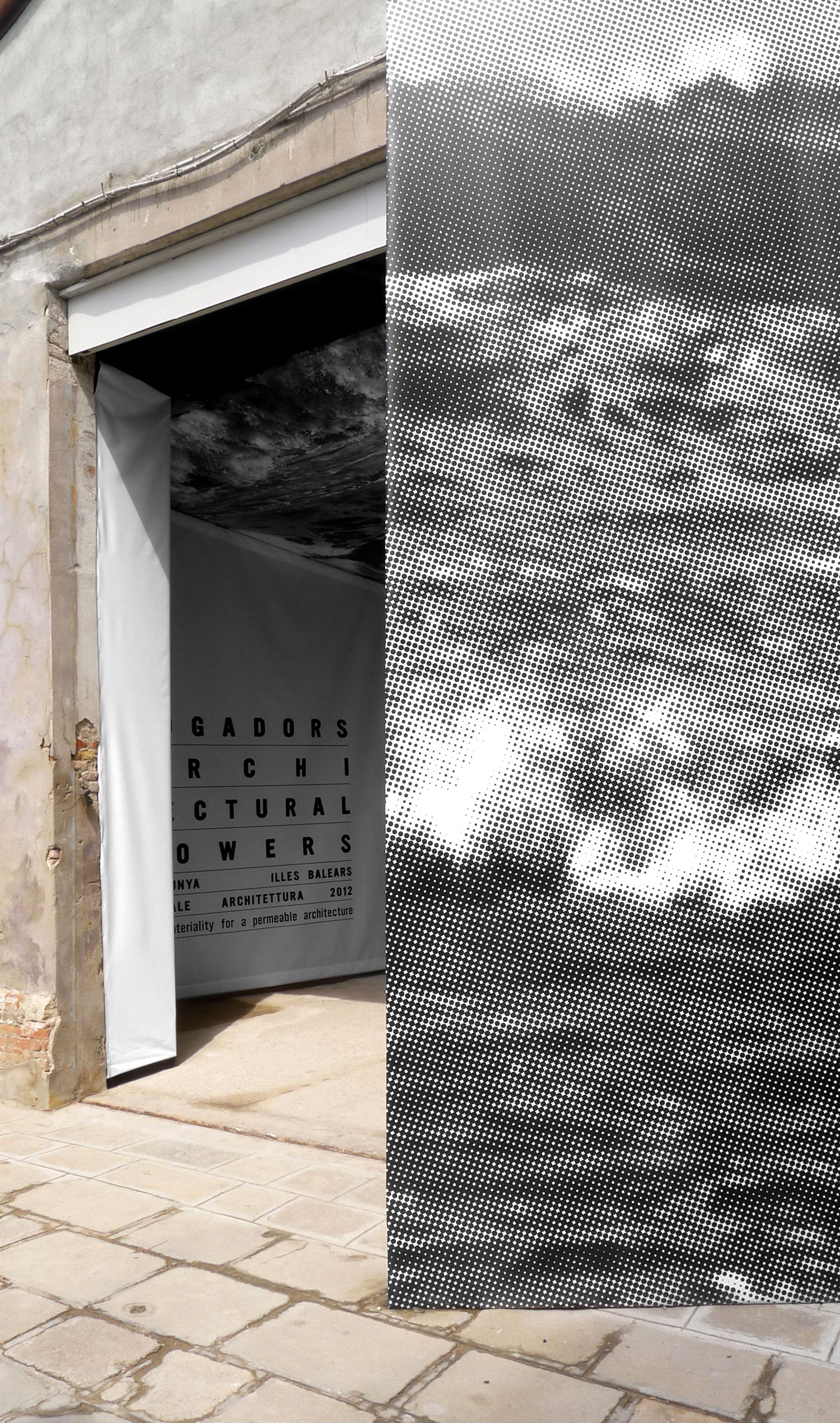 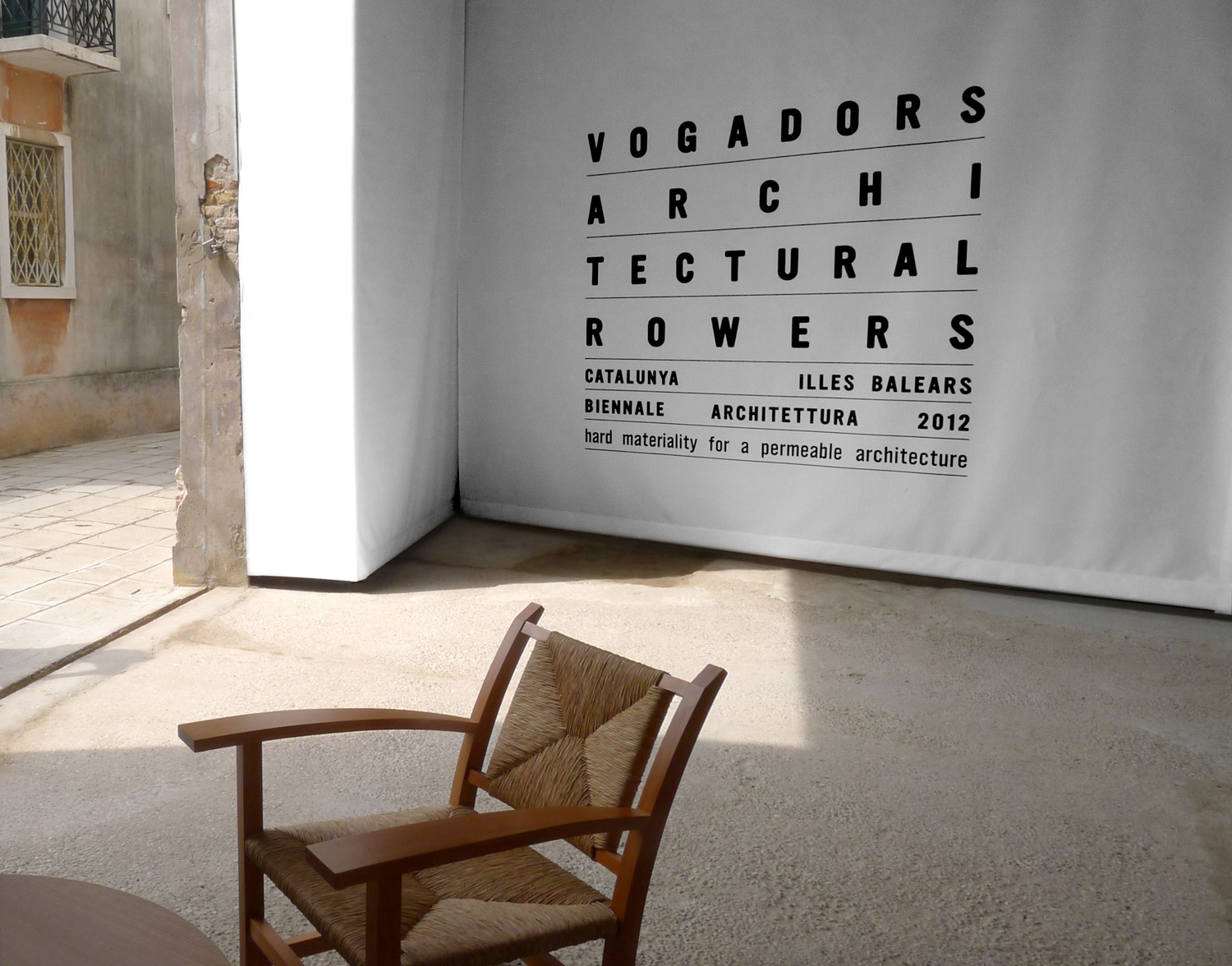 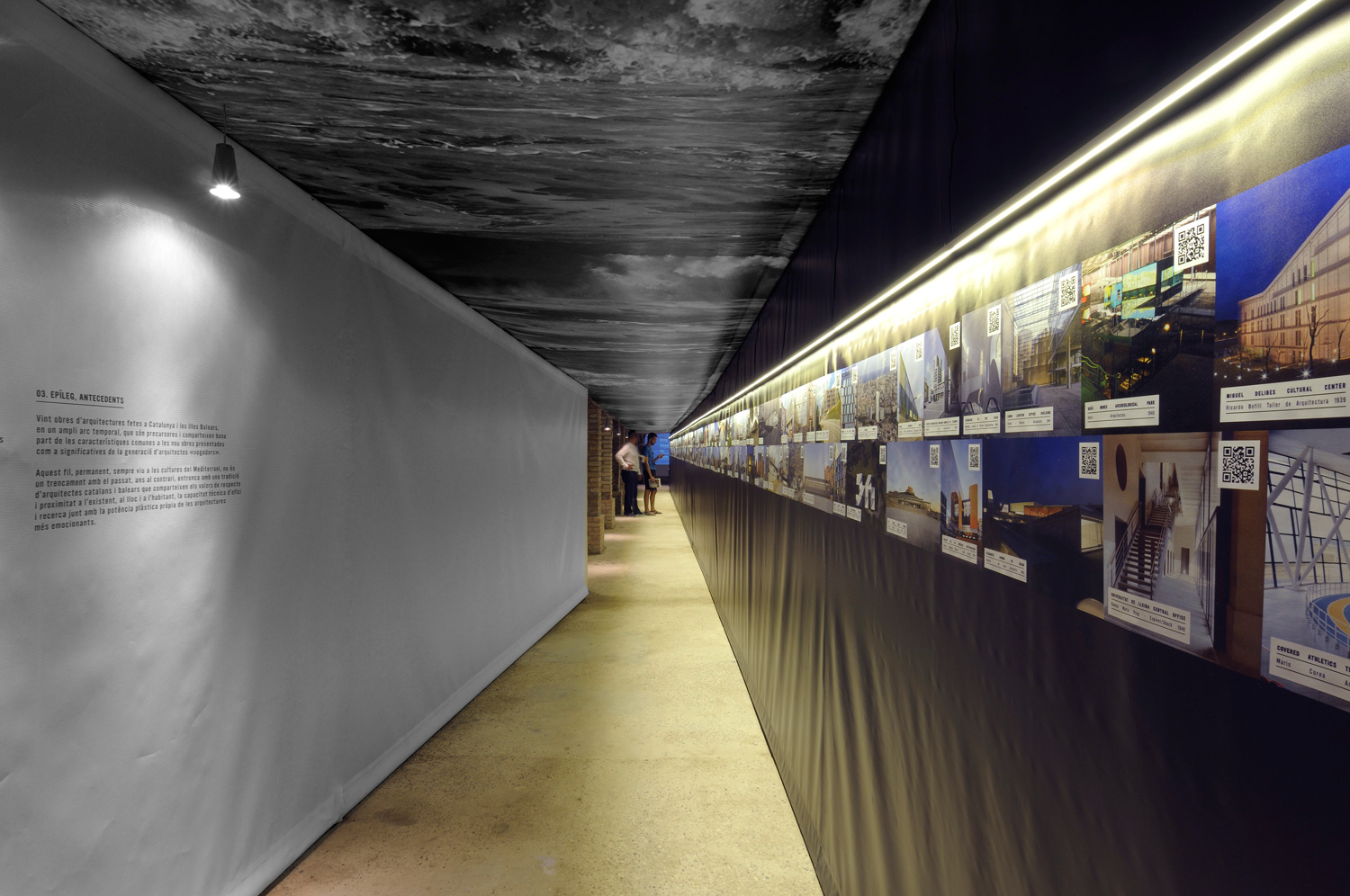 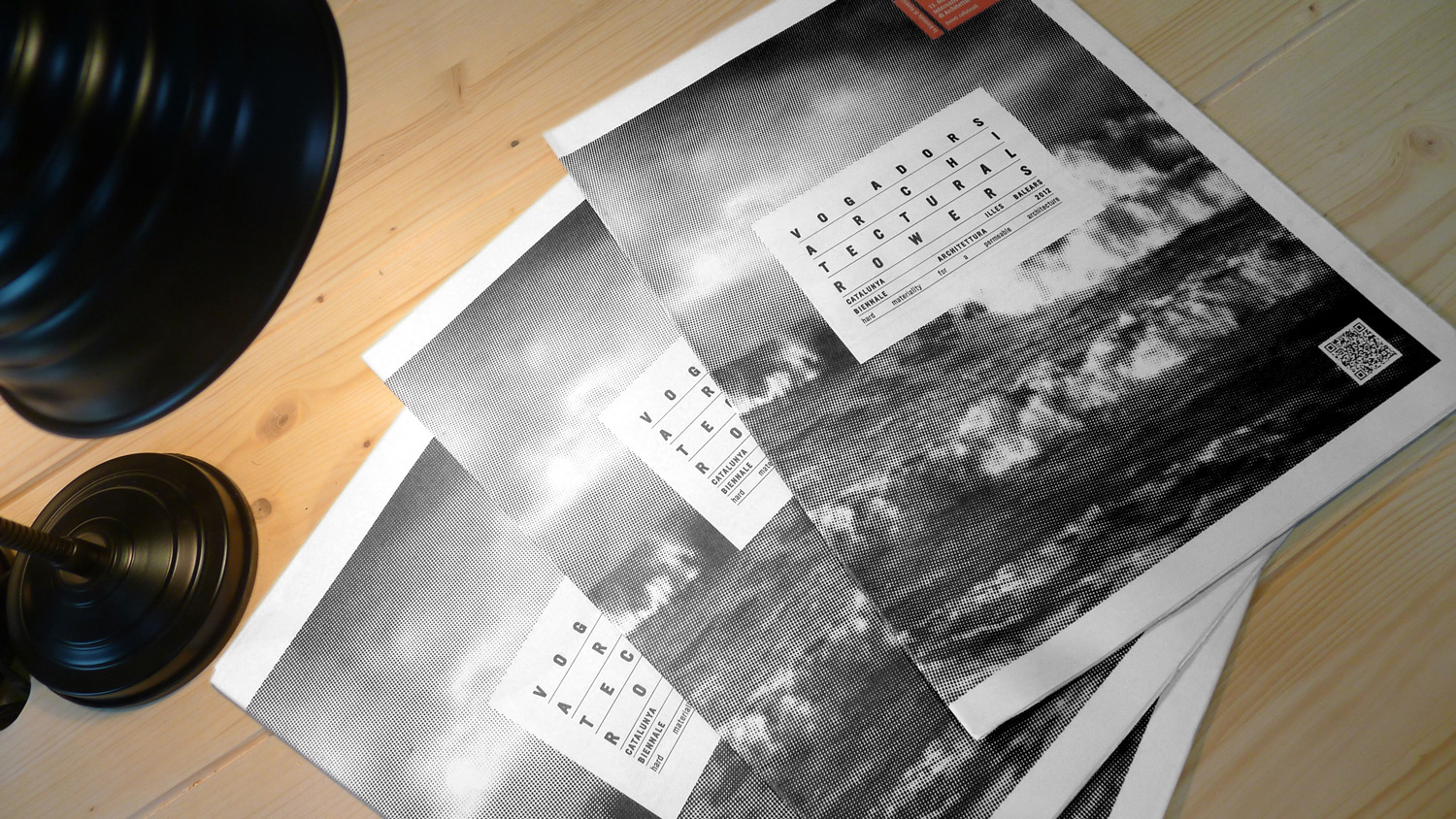 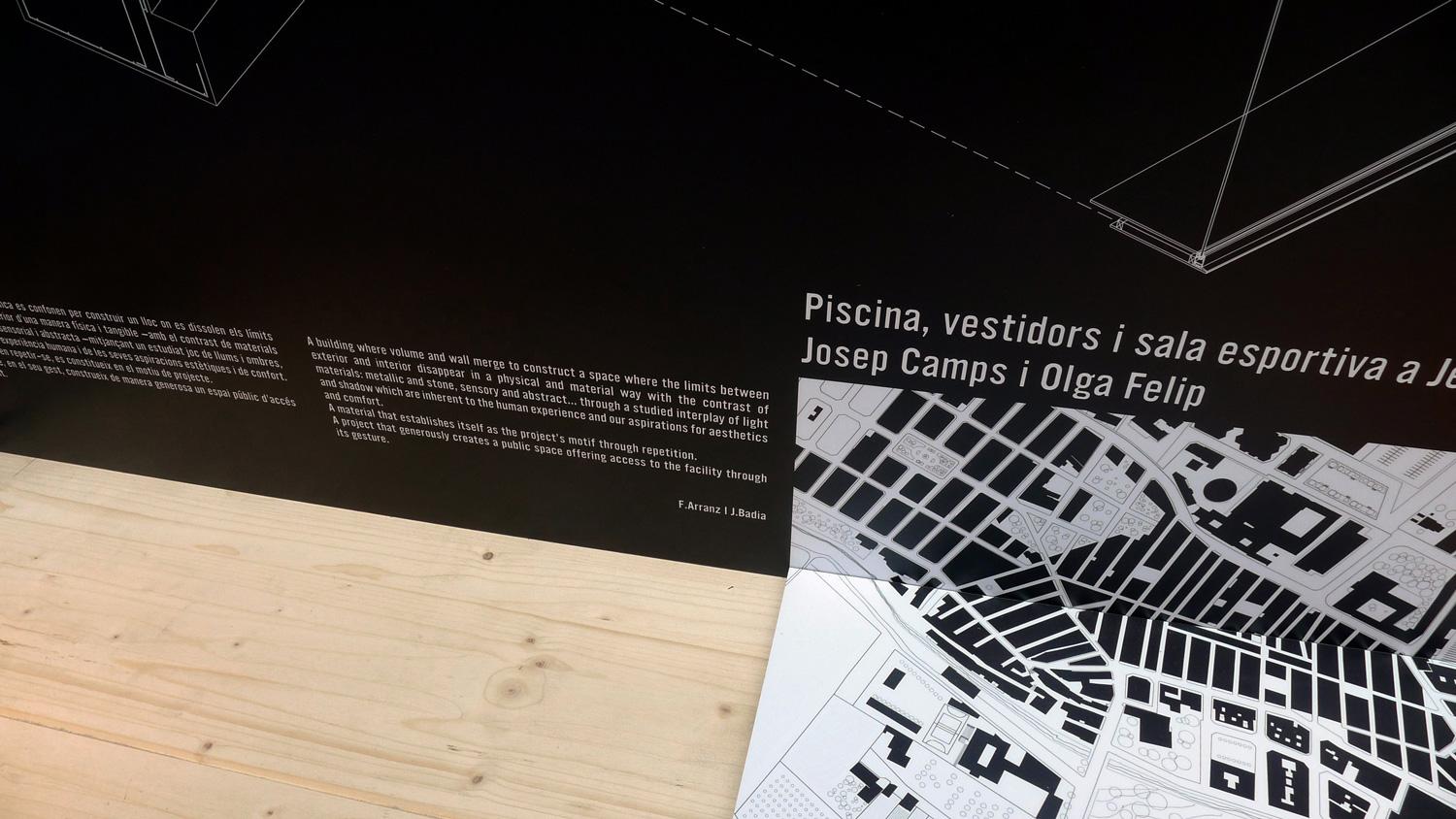 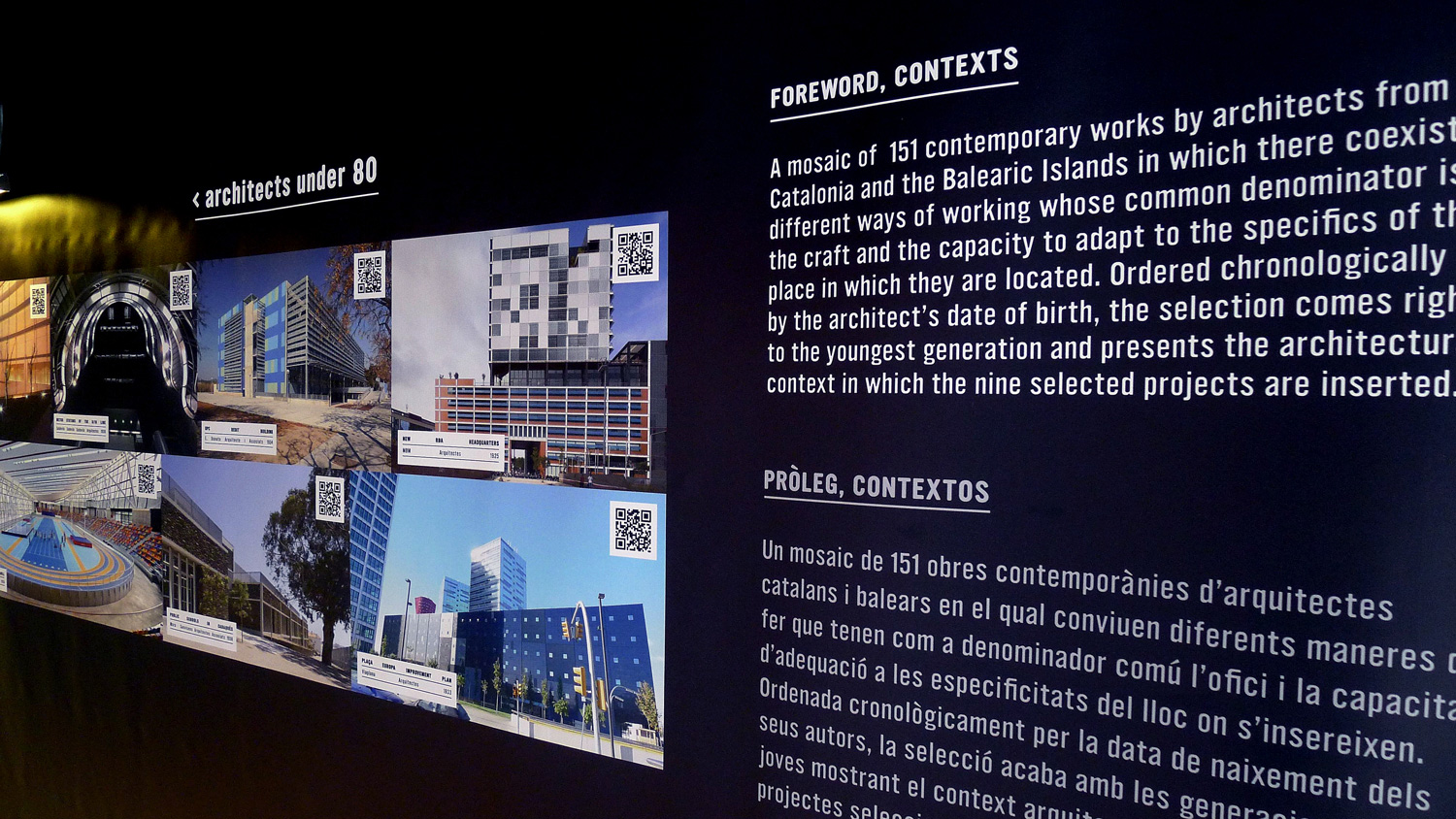 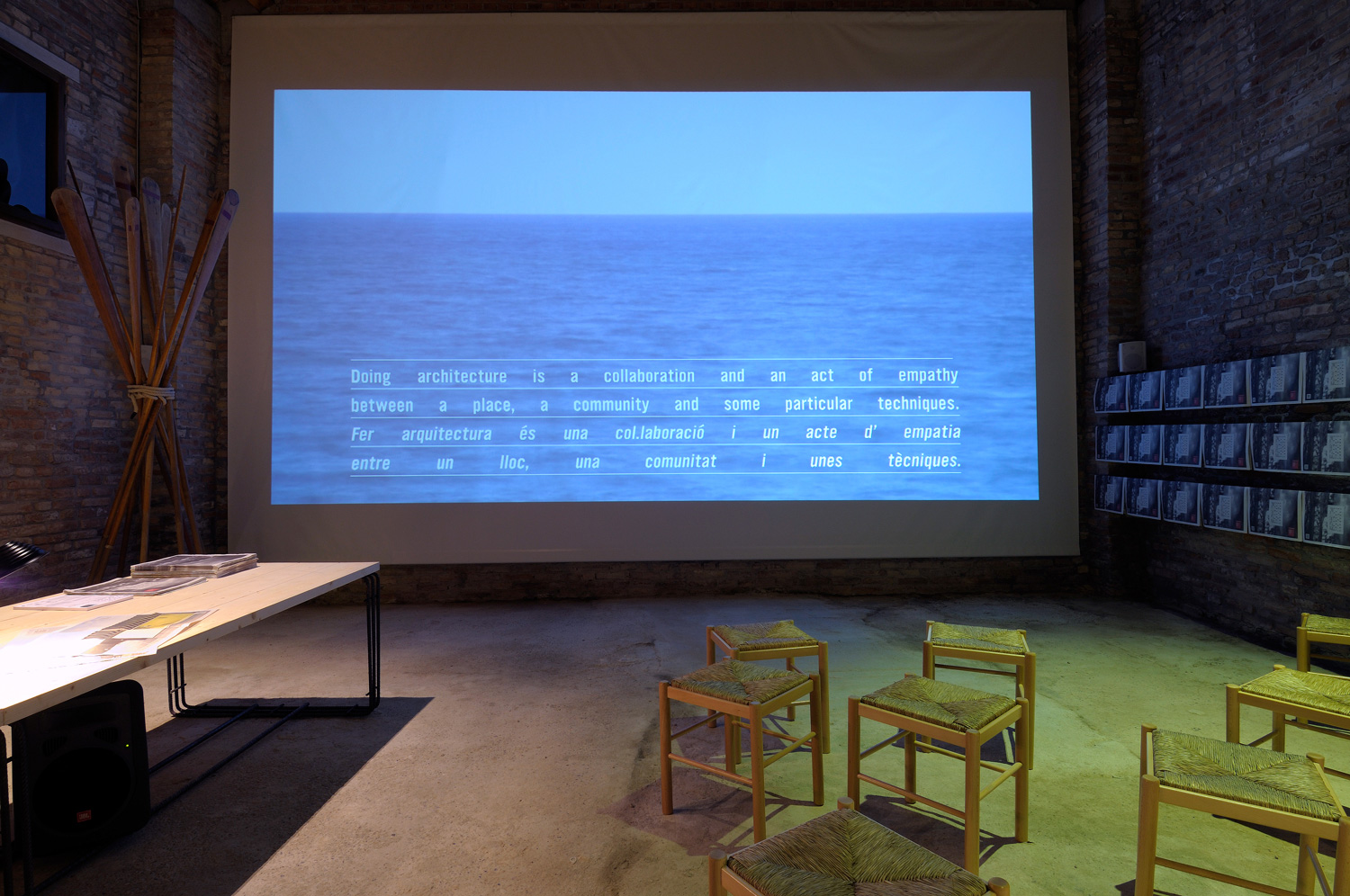 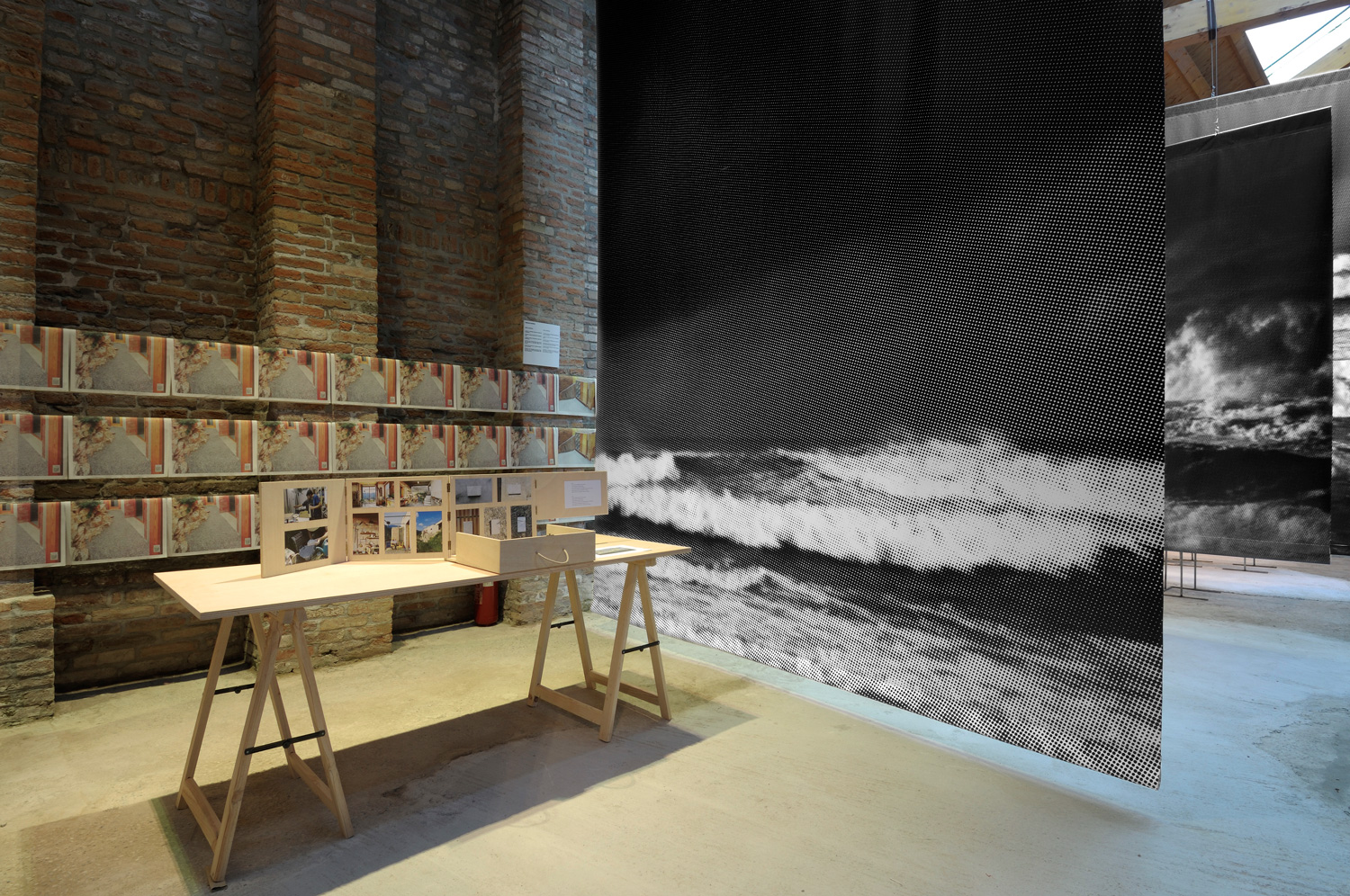 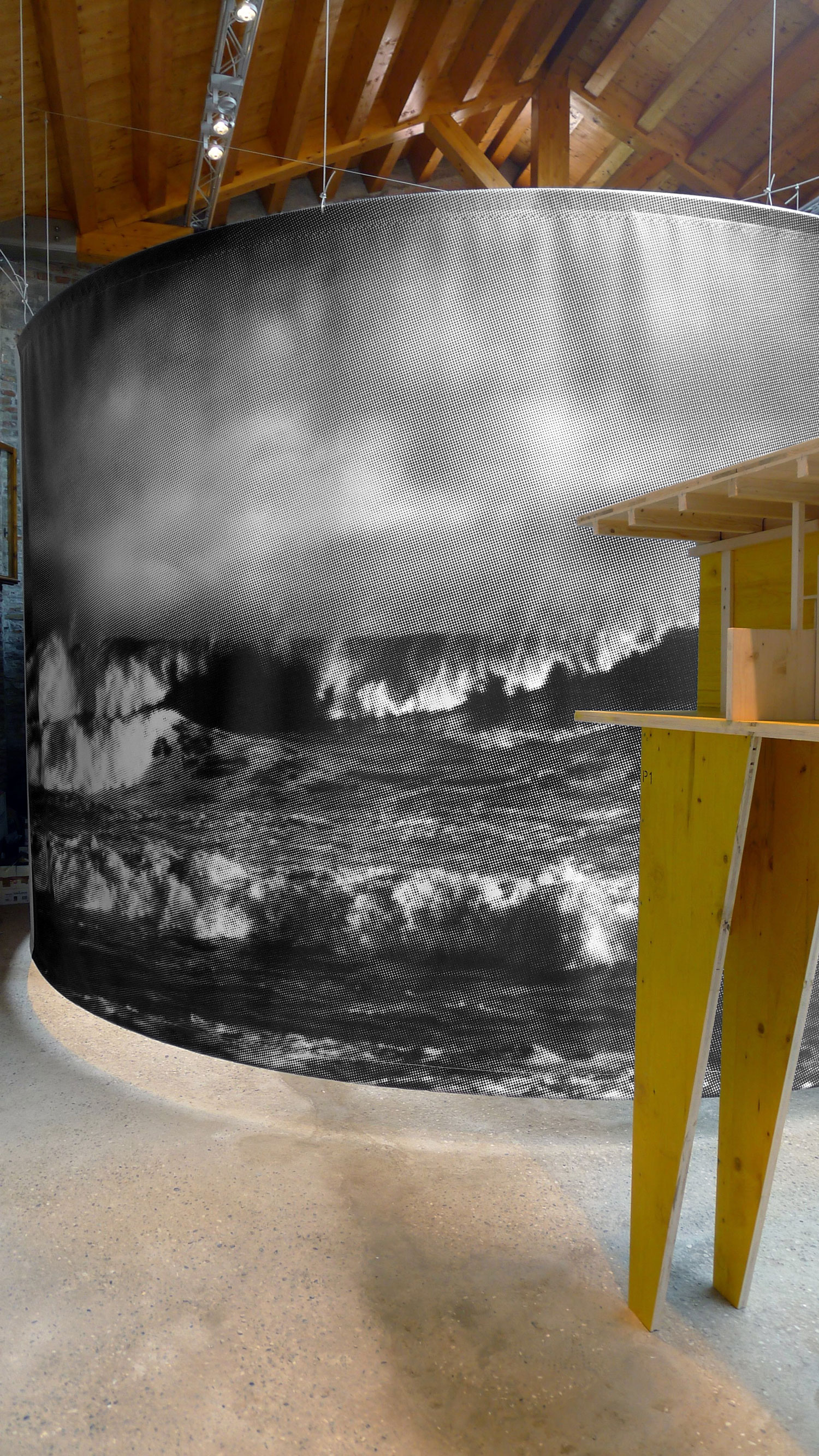 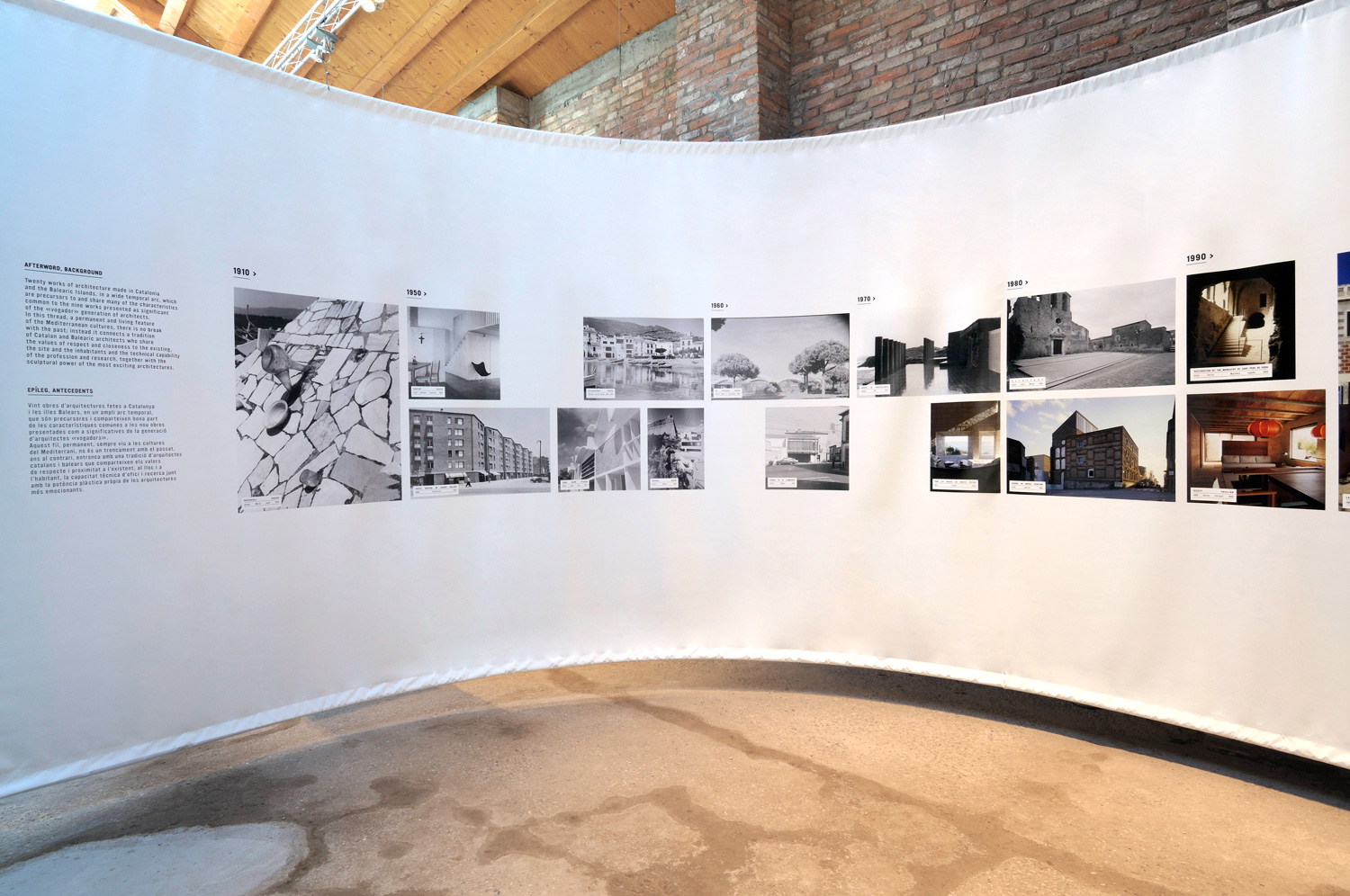 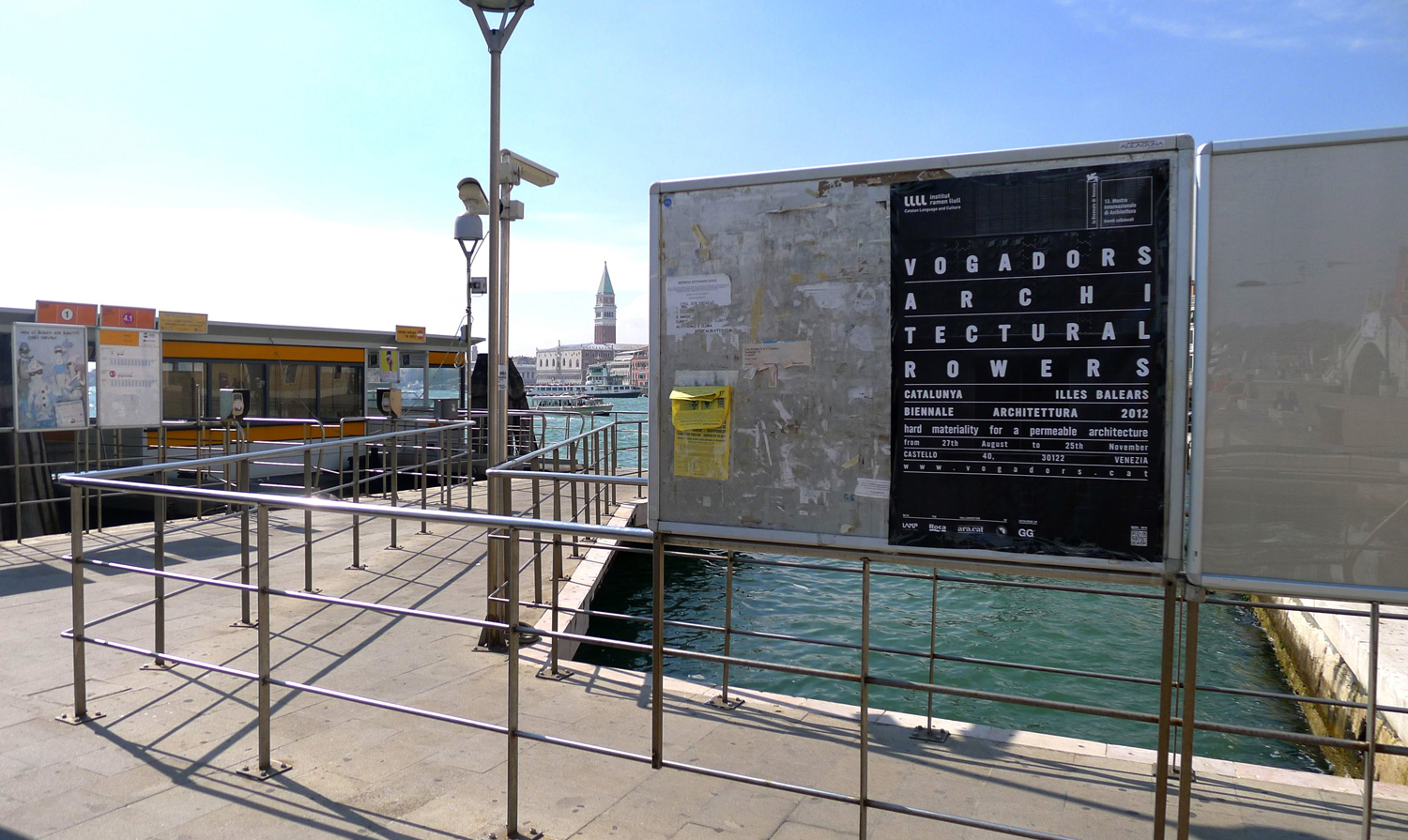 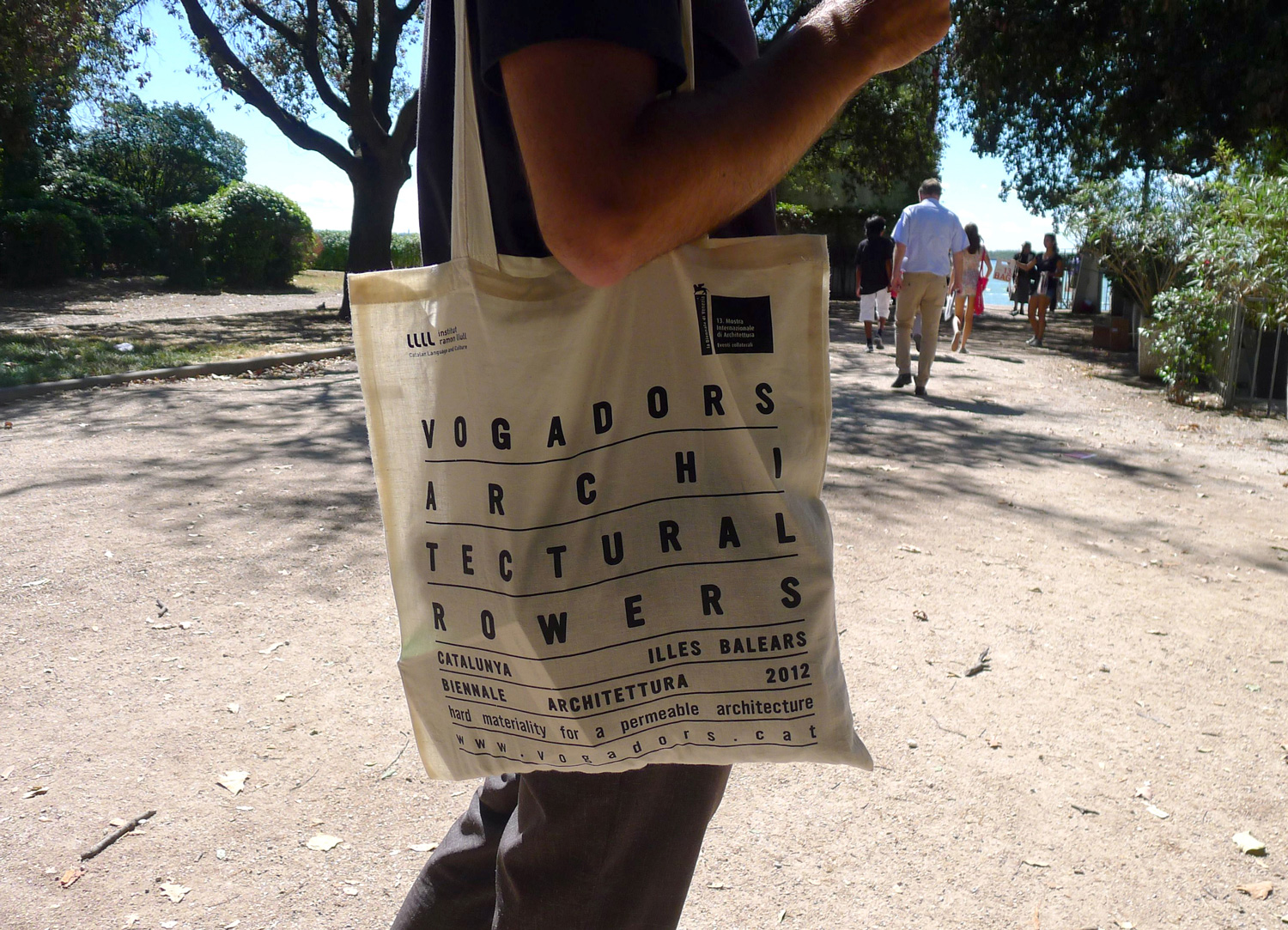 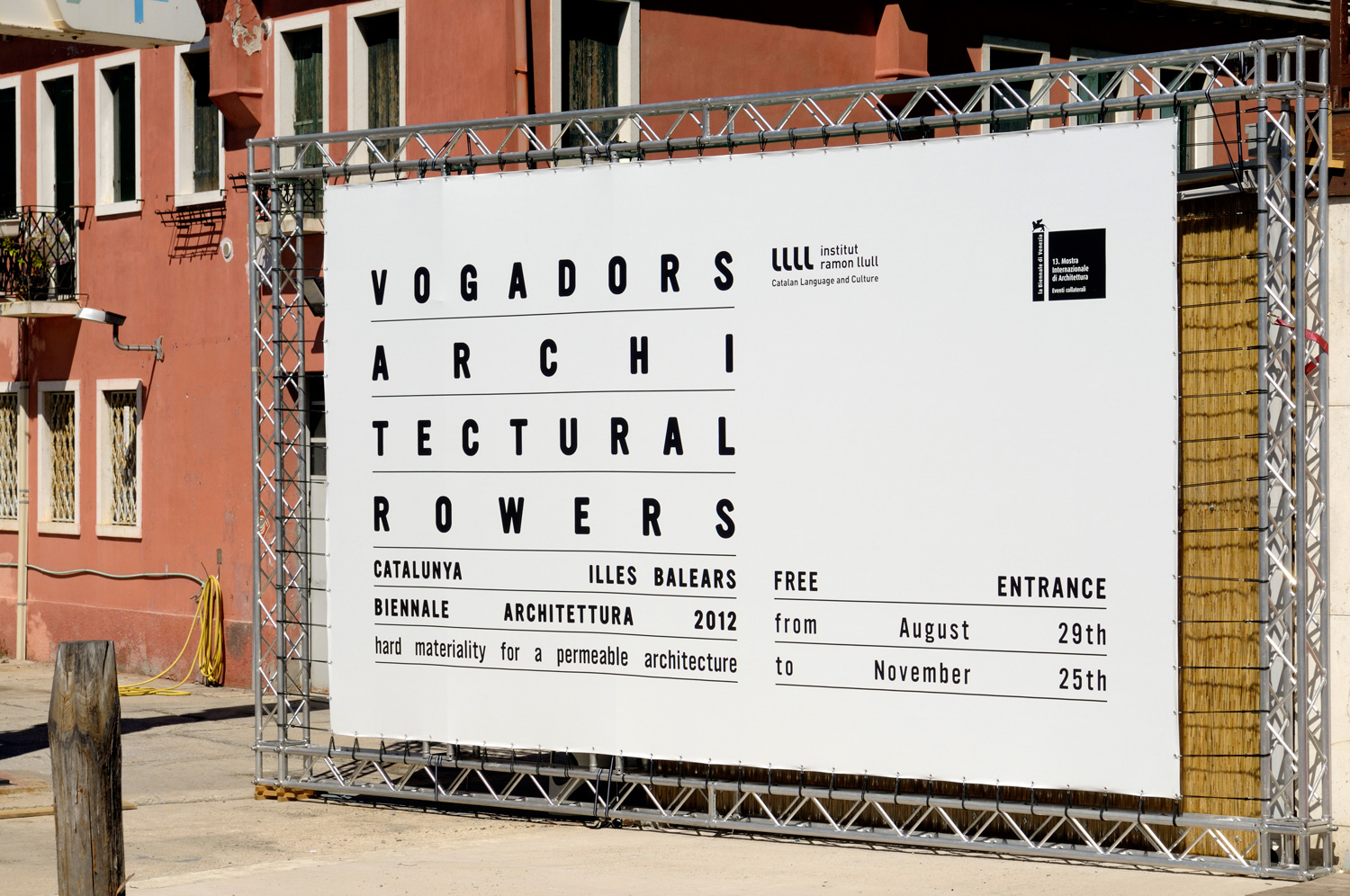 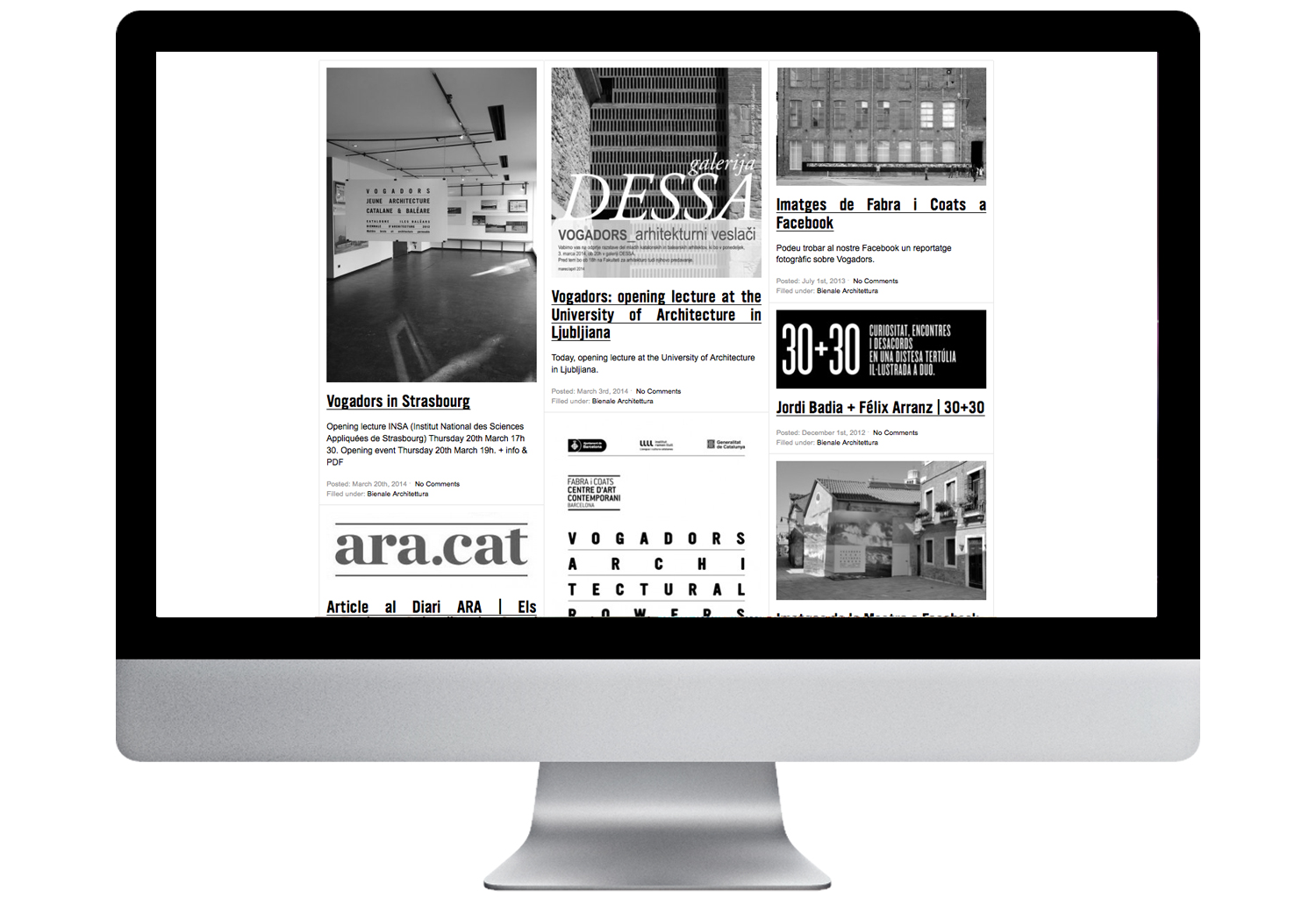 Graphic project for the Catalan Pavilion at the Venice Architecture Biennale.
The starting point for the graphic proposal for Vogadors Architectural Rowers, like the project itself, is austerity, distancing itself from excessive decorations and feeding off the conceptual rather than formal.
A sober, simple identity but which at the same time is forceful in its application. A proposal characterised by its use of black and white, reproducing images in halftones as in traditional graphic reproduction systems, and using typography based on the concept of amassing information and organising it in the given space by using rudimentary, architectural logic. At the same time a flexible brand structure was created, which could be adjusted to the space available, covering horizontal spaces or vertical ones, according to the requirements and where the typography is distributed in a “liquid” way within the shapes that contain it.